While chains and gears may be more durable, rubber belts are quieter in their operation (in most modern engines the noise difference is negligible), are less expensive and are mechanically more efficient, by dint of being considerably lighter, when compared with a gear or chain system. Also, timing belts do not require lubrication, which is essential with a timing chain or gears. A timing belt is a specific application of a synchronous belt used to transmit rotational power synchronously.

Timing belts are typically inaccessible and difficult to inspect. Engine manufacturers recommend replacement at specific intervals. [1] The manufacturer may also recommend the replacement of other parts, such as the water pump, when the timing belt is replaced because the additional cost to replace the water pump is negligible compared to the cost of accessing the timing belt. For engines whose valves extend into the path of the piston, failure of the timing belt (or timing chain) invariably results in costly and, in some cases, irreparable engine damage, as some valves will be held open when they should not be and thus will be struck by the pistons.

Some indicators that the timing chain may need to be replaced include: reduced engine power and poor economy, intermittent back-fire, as well as a rattling noise from the front of the engine. Steering has come a long way from the days of the horse and buggy. Steering boxes with their large worm and sector gears have been replaced on many vehicles by more compact and precise rack and pinion steering units. Power steering is found on all but a few of the lowest price economy vehicles. Variable effort steering systems that vary the force required to turn the steering wheel are now found on many vehicles. Electric steering systems are even beginning to replace the hydraulic pumps, hoses and steering gears on some vehicles. Now a new steering innovation has been introduced by BMW, and it is so simple and works so well, the question comes to mind: "Why didn't we think of this before?" BMW calls it Active Front Steering.

Active Front Steering
Images: BMW. Click image to enlarge
The concept of Active Front Steering is based around a planetary gear set, such as found in most automatic transmissions. A planetary gear set is made up of three main components: the sun gear in the center, a set of planet gears (several gears in a unit that rotate around the sun gear, and a ring gear around the outside that has internal teeth meshing with the planet gears. Any one of the three components can be the drive input and any can be the output, as long as one or more of the components is held. This provides a variety of gear ratios in forward and reverse. In the BMW steering system, a small planetary gear set is located between the steering wheel and the conventional steering rack. BMW calls this unit a superimposing gear.

Now the magic begins. Besides providing variable steering ratios, the computer is linked with the vehicle stability control system to aid in directional stability of the vehicle. As the vehicle is travelling down the highway, road surfaces and wind gusts can affect the vehicle directional stability. The car may wander a little or dart to one side, as many who have met a tractor-trailer unit on a windy day have experienced. Sensors on the car detect this sudden unintentional movement and the computer will stabilize the car by moving the Active Steering electric motor and steering gear. The driver doesn't turn the steering wheel at all!

If the driver experiences a skid or slide because of poor road conditions, the Active Steering will react to information from the yaw rate sensors to modify the steering angle of the front wheels to stabilize the vehicle. This occurs much faster than the driver can react. If the Active Steering angle is not enough, then the Stability Control system intervenes to help as well. 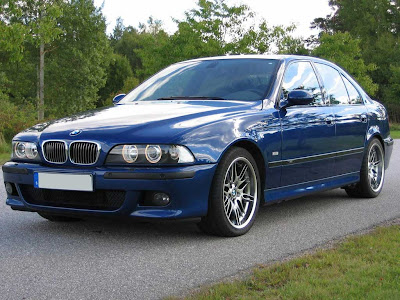 "Mou chin" is a cantonese expression for when you're out of money, everybody know that cars and lack of cash don't combine. Well maybe that's not so true...Wether is racing, track days or just enjoying sweeping mountain roads, as much your capabilities must be at a 100% to enjoy yourself so must be your car. Mou Chin Racing believes that even with low budgets there is always space to improve and setup your ride in order to obtain the most performance out of it. So if you're running your ride with a tight wallet and in need to improve its performance but don't know how just let us know and we'll try to help you out.